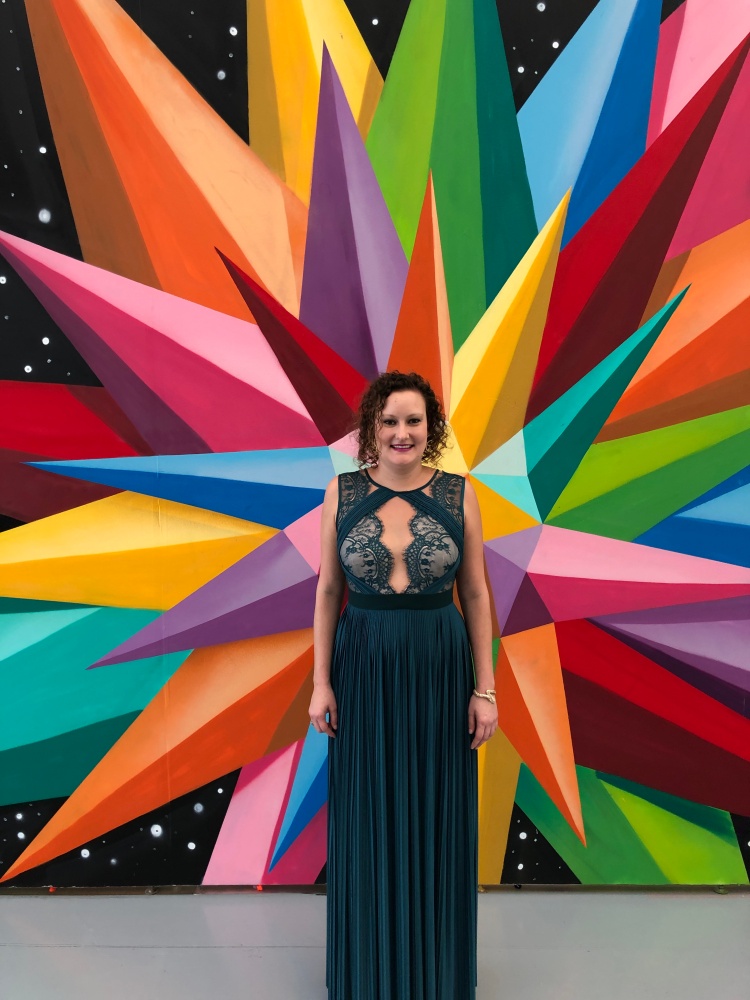 Hall  is an artist and curator who lives in Denver, Colorado by way of Oakland, California and Nashville, Tennessee.  Hall received her B.F.A from San Francisco Art Institute in 2013 and B.A. in Psychology in 2009 from the University of Tennessee, Knoxville.  Her studies in ego and identity formation and thought construction strongly influences her artwork.  Her paintings play with themes of ruptured identity, vanity, and consumerism.  Abstract and surrealist influence contributes to the deconstruction and re-examination of social and personal constructs through a play of layered images and optical illusions. The works contain variety of media, including traditional painting, collage, as well as mixed media on paper.  Hall stylistically combines line drawing, applied paint, chiaroscuro, flat color and pattern throughout her work.  Hall is currently Operations Director of Mirus Gallery exhibiting leading international artists in New Contemporary and Visionary genres with locations in Denver, San Francisco, the interweb since 2017.

Young @ Love, video. Hilde Lynn & Quintessa Matranga, 2012. Premise: Participants were videotaped making out with their hands. Voice over responses to the direction: “tell me how to love you”…  The video has been shown at a variety of small galleries including SOMArts and the PFA. To View: http://www.youtube.com/watch?v=hKMNzx9jcI8